When Was Color Photography Invented?

“Of all God’s gifts to the sighted man, color is holiest, the most divine, the most solemn.” – John Ruskin

This beautiful quote from the talented writer is just one simple example of how we have always been fascinated by colors. So, it was no big surprise that color photos were developed soon after the invention of black and white photographs.

Nowadays, when we capture the natural colors precisely in our photos, we don’t really take a moment to think about how and when was color photography invented. Let’s go back in time and discover how it all started, shall we?

The First Breakthrough: How the First Photographic Image Was Taken?

Color photography history starts with the invention of photographic cameras. You can easily assume that the road towards this invention wasn’t so smooth. But could you guess the first camera was designed back in the 17th century?

In 1685, Johann Zahn designed a small portable camera that could capture still images. But his vision was limited to papers until the 1800s.

In 1816, the world’s first photographic image was captured by Joseph Nicéphore Niépce. The photo was black and white, and the process he used is called ‘heliography’ that required the placement of a silver-coated paper behind the camera obscura.

Following this breakthrough, photographic cameras were commercially manufactured for the first time in 1839 by Louis-Jacques-Mandé Daguerre in his daguerreotype process. This was the birth of black and white photography. 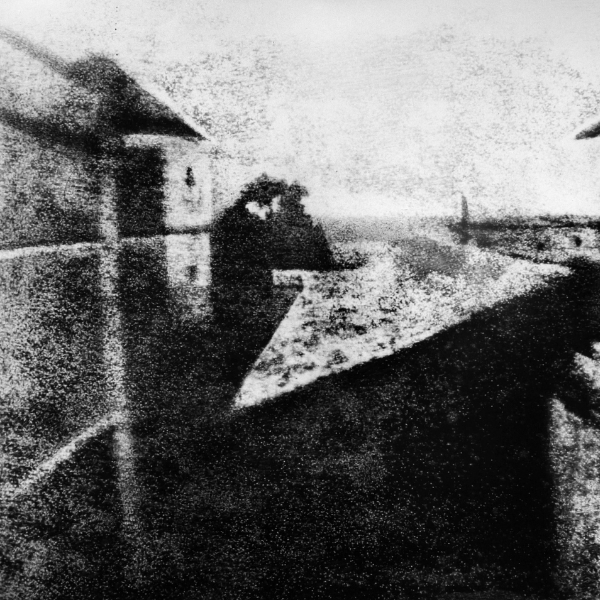 Colorization of Photos: How Colors Were First Added to Photos?

After this invention of monochrome photography, the history of color photography became rather interesting. As it is human nature to add a sprinkle of color to everything, the black and white weren’t enough to satisfy the crowd, and they wanted color photographs.

While scientists and industrialists were working on complex scientific methods, the Japanese people were introduced to a simple way to turn monochrome photos into a ‘color photo.’ Japanese artists started to paint the picture by hand to colorize the black and white photographs.

This method was further improved and polished to make the photos look perfect. The hand-painted color image was slowly becoming popular in America and Europe, and this technique was surprisingly in practice for more than 20 years.

The Science Behind: What Was the Theory Behind the First Color Photograph?

Allow me to go a bit sciency here. Did you know you can create almost any color by mixing red, green, and blue only? Well, this is the basis of the trichromatic or three-color theory and the first color photography.

To explain the human perception of colors, Thomas Young proposed the trichromatic theory in 1802, which later became surprisingly significant in the history of color photography.

The theory states that human eyes have 3 types of receptors that are sensitive to the colors blue, red, and green. Our perception of color is basically the combination of these three colors.

The theory was further improved by many talented scientists, and it was James Clerk Maxwell who invented color photography while working on this trichromatic theory.

The Invention: When Was the First Color Photograph Taken?

After all the ‘brief’ lessons on history and science, now we are back to the very question, when was color photography invented?

Color photography was invented by Scottish scientist James Clerk Maxwell in 1861, and the first color photograph was taken by photographer Thomas Sutton.

Maxwell was invited to the Royal Institution in London to demonstrate his research on color vision. There, he was performing a visual experiment on trichromatic theory rather than a color photographic process.

He had Thomas Sutton take three black and white photographs of the same object. Each photo had 3 different filters: the red, the green, and the blue filters. Then, the photos were projected on top of each other making three layers at the exact same spot, and that was it!

The first color photograph was created. And guess what the first photographed object was? A cute little ribbon that was known as Tartan Ribbon back in those times.

After Maxwell’s invention, many scientists improved their own techniques of capturing color photographs, including Gabriel Lipmann, John Joly, and Louis Ducos Du Hauron. All of those were, however, pretty complicated, expensive, and unable to provide an accurate rendition of visible colors.

In 1904, the Lumière brothers, Auguste and Louis Lumière came up with the most practical and extensively used process for capturing colorful photographs, the Autochrome Lumière process.

Because of their revolutionary invention of autochrome plates, the screenplay era of color photography peaked during 1907, and everyone was admiring the delight of capturing color photos. 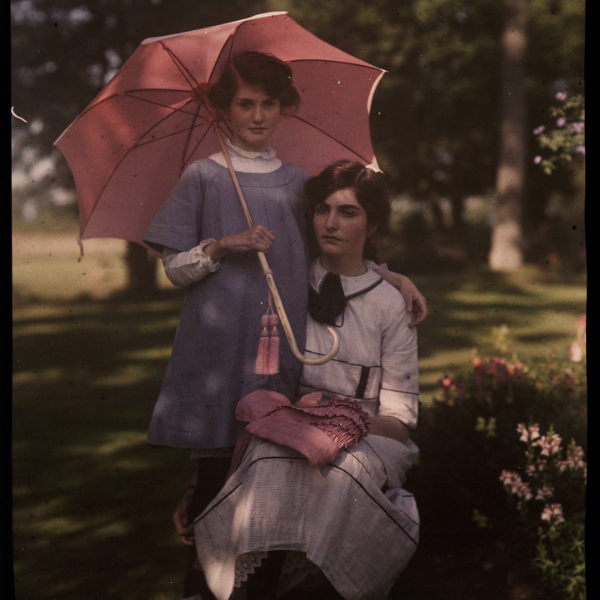 Kodak and Kodachrome Films: When Was Color Film Invented?

In 1888, George Eastman invented the roll-film camera named ‘Kodak.’ It was a quite simple transportable handheld camera that holds much significance in the history of color photography as it was the first film camera that was accessible for the mainstream.

Kodak eventually turned out to be the pioneer of color film and ruled the market for nearly a hundred years as the most successful camera brand. The brand was so popular that if you ask your grandparents even today, they might still have a Kodak camera somewhere in the storeroom. So, how did this happen?

In 1922, Kodak hired the two brothers. Leopold Mannes and Leopold Godowsky Jr. were working on the development of the color film. After a few years, in 1935, they introduced the world to their groundbreaking invention, the Kodachrome film.

For the first time, people were able to capture the rich true colors of the objects. The Kodachrome color film was vastly used for photography, professional cinematography, and filmmaking as well. Even after the invention of digital cameras, Kodachrome was used till 2009.

Kodak also invented the first digital single-lens reflex camera, a.k.a. the DSLR camera, in 1991. Kodak was also the founder of the oldest photography museum, the George Eastman Museum.

So, when was color photography invented, you were asking. Well, now you have the answer, and that was quite an adventurous journey for us too.

It’s truly encouraging how humankind has put together so many hours of research and development just to capture the reality and add some color to them. So, the next time you take a picture, consider how much history went into capturing the one perfect moment. 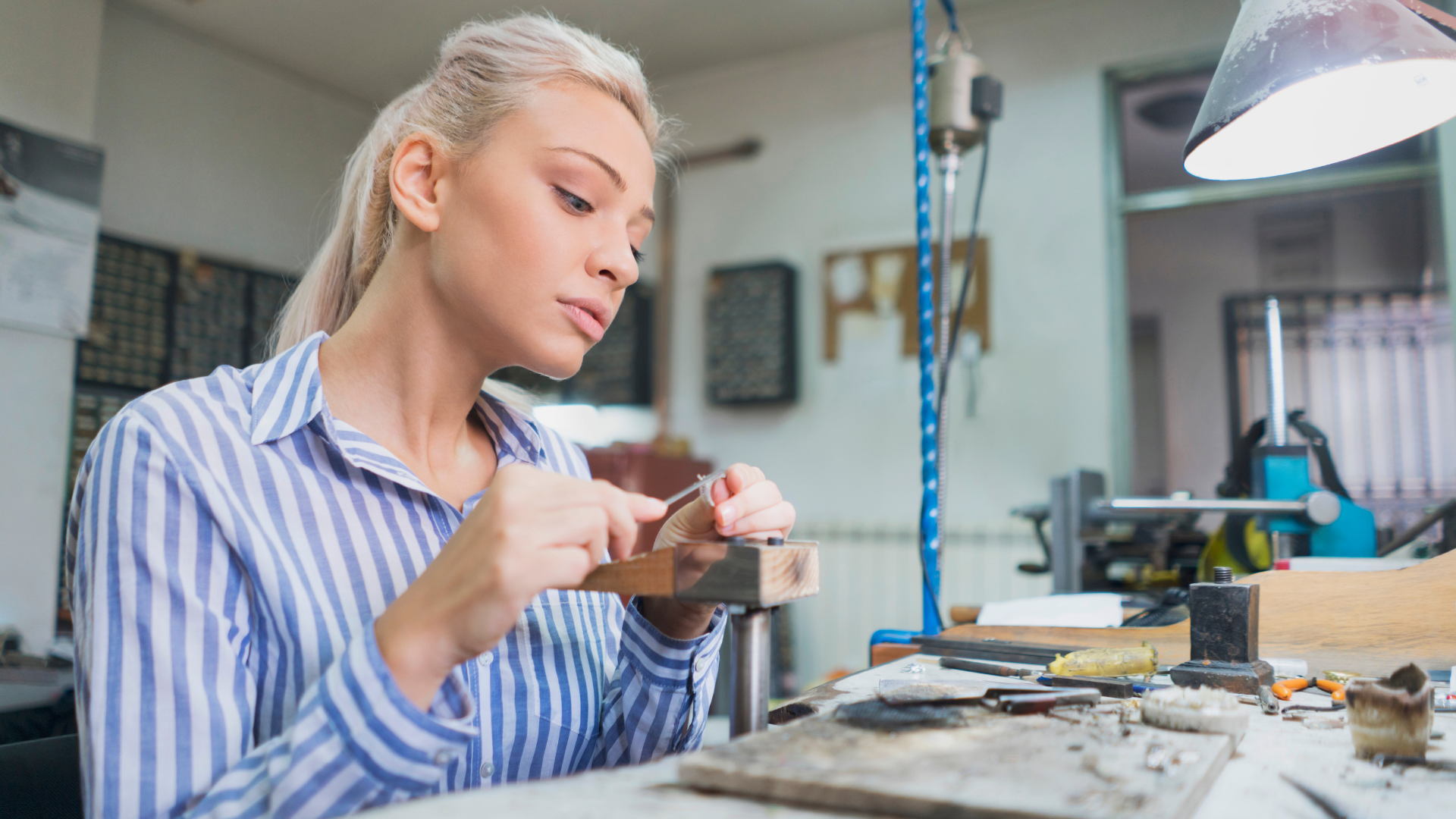